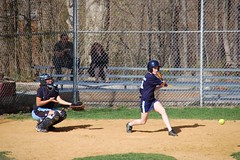 The National Institute of Mental Health says that about 2.3 million American adults, or one percent of the population age 18 and older in any given year, suffer from bipolar disorder. This is a mental disorder that involves mood swings. In extreme cases this involves episodes of severe mania and depression. In a bipolar disorder, the person’s mood swings from elevated "high" mood to an irritable "low" that is sad and hopeless, and then back again, with periods of normal mood in between. In some cases there is a mixed phase in which a person can look both depressed and manic. Research has improved the ability to diagnose Bipolar Disorder in children and teens. Bipolar Disorder can begin in childhood and during the teenage years, although it is usually diagnosed in adult life. The illness can affect anyone. However, if one or both parents have Bipolar Disorder, the chances are greater that their children may develop the disorder. Family history of drug or alcohol abuse also may be associated with greater risk for Bipolar Disorder among teenage boys and girls. Many struggling teens don’t know how to overcome the problems that they are faced with and many troubled teens need to be placed in the correct environment in order to restore themselves. Storm Ridge can educate parents of struggling teens, on how to place troubled boys and girls in the correct environment in order to receive the help they need to overcome their struggles including struggling teens diagnosed with bipolar disease. For immediate assistance contact Storm Ridge at 866-858-7013, to speak with a child placing specialist to educate you on placing struggling boys and girls in the perfect facility that fits their needs.

Like other serious illnesses, bipolar disorder is not only difficult for the person who has it but also on family members, friends, and employers. Family members of teens with bipolar disorder often have to cope with serious behavioral problems (such as wild spending sprees) and the lasting consequences of these behaviors.

Some of these signs are similar to those that occur in teenagers with other problems such as drug abuse, delinquency, attention-deficit hyperactivity disorder, or even schizophrenia. Teenagers with Bipolar Disorder can be effectively treated. Treatment for Bipolar Disorder usually includes education of the patient and the family about the illness. Mood stabilizing medications often reduce the number and severity of manic episodes, and also help to prevent depression in struggling teens with bipolar disease. Psychotherapy helps troubled teens understand himself or herself, adapt to stresses, rebuild self-esteem and improve relationships. The diagnosis of Bipolar Disorder in teens is complex and involves careful observation over an extended period of time. A thorough evaluation by a struggling teen psychiatrist will identify Bipolar Disorder and start treatment.

Many parents of struggling teens aren’t aware the correct way to restore teens and need a professional to educate them on treating teens struggling from bipolar disease. For parents that need immediate assistance dealing struggling boys and girls, Zion Educational Services specializes in educating parents about different youth programs for troubled teens such as different types of private boarding schools, boot camps, troubled teen Christian schools, therapy programs for troubled teens and many other youth facilities for struggling boys and girls. ZES provides parents of troubled teens with the information to place your troubled boys and girls in the perfect treatment center that can meet their needs. If you have any questions or concerns contact ZES, (Zion Educational Services) to immediately to talk to a child education specialist at 866-439-8112.