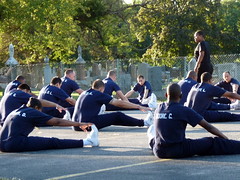 Parents struggling with troubled teen boys or girls often send their child to short term juvenile boot camps ocer long term military schools. Before you send your emotional troubled teen to a juvenile boot camp, it is so important to research and find you information and make sure you understand what these boot camps are and how they can effect or not effect your boys or girl. For immediate assistance, call (866) 439-8112 to speak to our family advocate of Troubled Teen Search.

A boot camp is a very strict, highly structured facility with staff that act as drill instructors. Boot camps are usually state run correctional facilities where teens are sentenced by judges. Boot camps are only an option for teens in the criminal justice system. However there are a handful of boot camps that will take a defiant teen.

In the last few years there have been some tragic events that have transpired in boot camps. The majority of these were actually State run boot camps. This is not to say that private boot camps have not had problems also. State run boot camps are usually associated with a states juvenile system. Typically youth that are not responding to time in detention are sent to more extreme placement, that of a boot camp.

Troubled youth who need some form of treatment care require an individualized approach that takes their strengths and needs into account. Programs and policies should be family-centered, including the family in all the decisions made about a child, as well as culturally and developmentally appropriate.

Facts have shown that small, family-centered programs are more effective than boot camps in the long term.